The UK Office for Nationals Statistics has released the 2017 data on pregnancies in England and Wales. When compared with the statistics about abortion, those data give us a frightening account of the situation: pregnancies and births are decreasing while abortions are increasing. (note 1)

The number of pregnancies or conceptions in the general population seems to follow a cyclical pattern. They went up in the 1980s, down in the 1990s, up again in the 2000s and then down again.

The only pregnancy rate that has been constantly decreasing in the last decade is for girls under 16. This is a common phenomenon in Western countries and it seems to be related to the fact that teenagers are now spending less time together as they prefer to socialise online. Less direct contact also means less chance to become pregnant.

One would expect that a constant decrease in the number of pregnancies would also imply a lower number of abortions but, instead, the percentage of pregnancies ending in abortion has increased compared to ten or twenty years ago. This debunks the myth that the legalisation of abortion makes it somehow less common.

In 2017, three pregnancies out of every five ended in abortion among the under 16s, or in other words, there were three terminations for every two births. 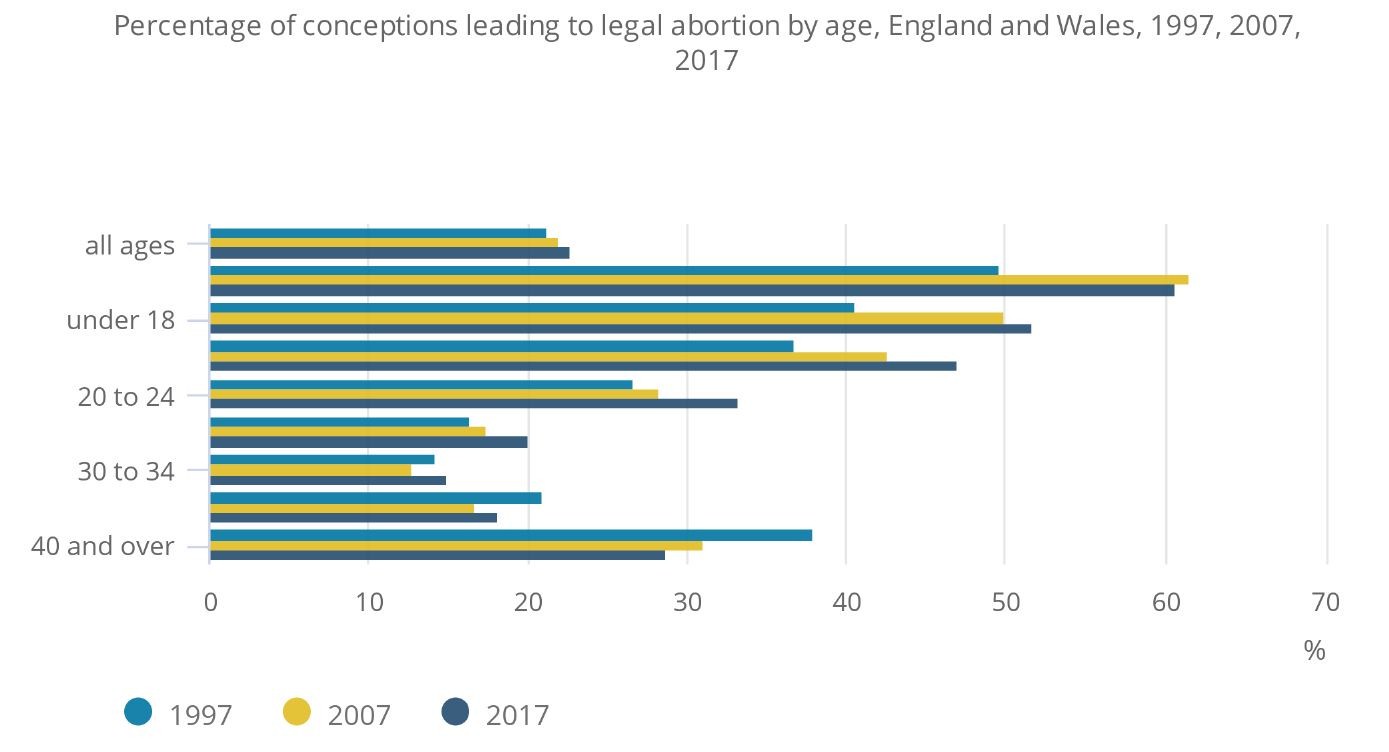 Statistics show that even if fewer teenagers are becoming pregnant, a higher percentage of those pregnancies end in abortion. Politicians and campaigners have to realise that simply preventing teenager pregnancies (an excellent goal) does not necessarily entail a reduction in abortion.

The only pregnancy rate that is increasing is for women over 35 and it has more than doubled since 1990 for women over 40. Couples tend to have children later. 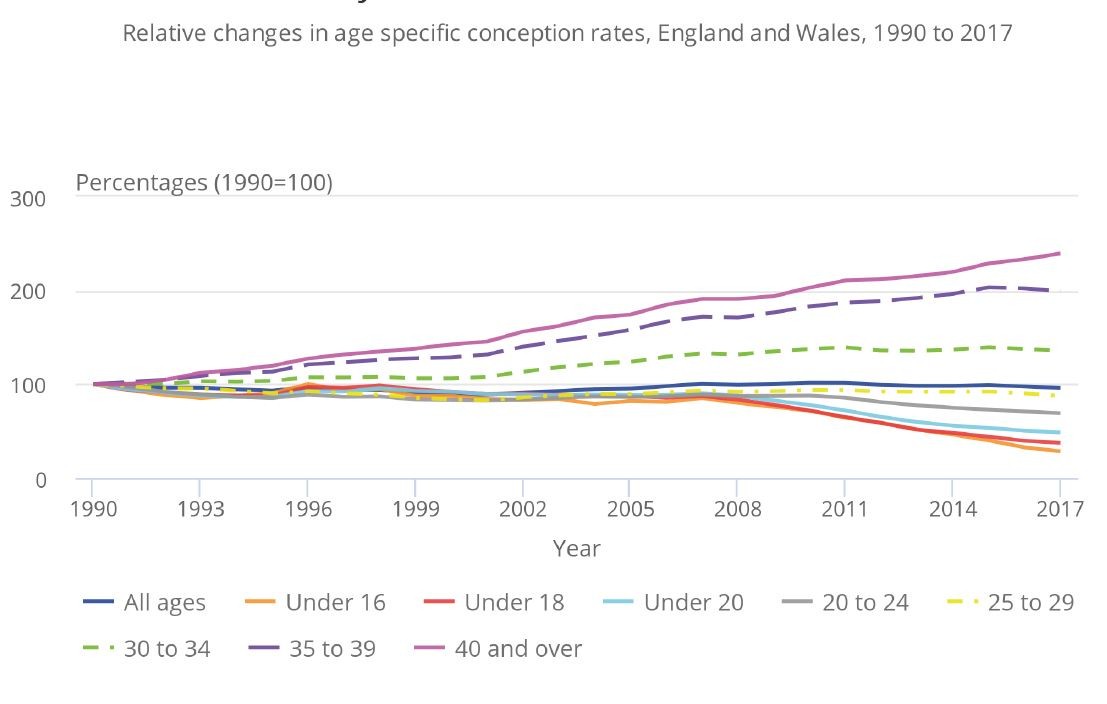 Overall, conception rates and also births are decreasing. The total fertility rate for England and Wales is 1.76 children per woman.

According to the 2017 report from the Department of Health, 82% of abortions in England and Wales were carried out on single women and this has been a constant through the years. Only 16% were married while 53% were single with a partner. This confirms that marriage hugely reduces the chance of having an abortion, which is something that we rarely hear in debates.